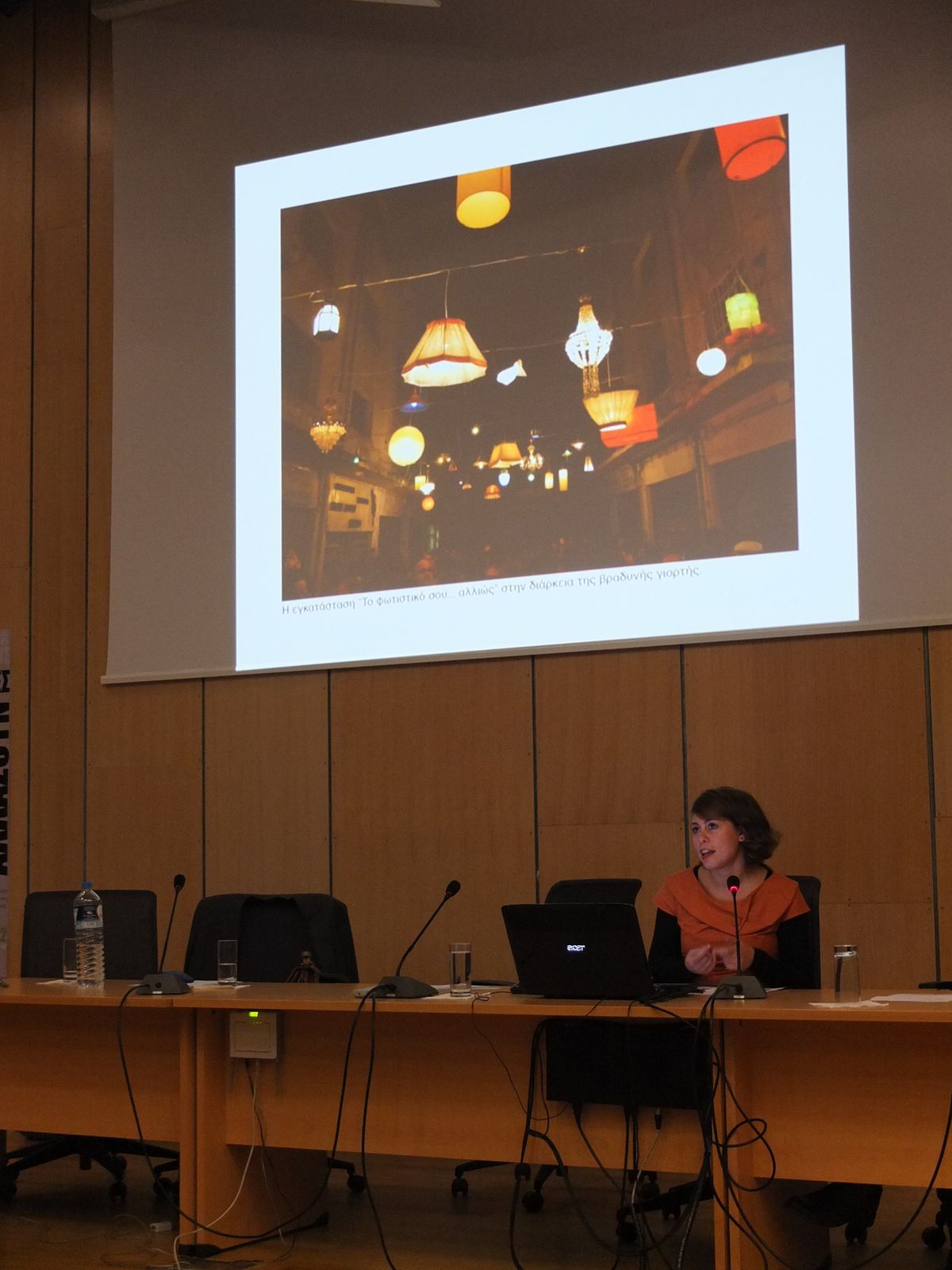 In the framework of the symposium “Lighting in Public and Private spaces”, organised by the Central Macedonia Department of the Greek Technical Chamber, Beforelight attempted to present public space lighting in contraposition with theatrical lighting and highlight the scenographic elements of contemporary urban lighting interventions, using examples of their own as well as other artists’ work. The presentation entitled «The bright side of public spaces – setting the stage» was based on the theatrical function of light that can temporarily transform urban spaces into theater stages, placing the citizens in the leading roles.